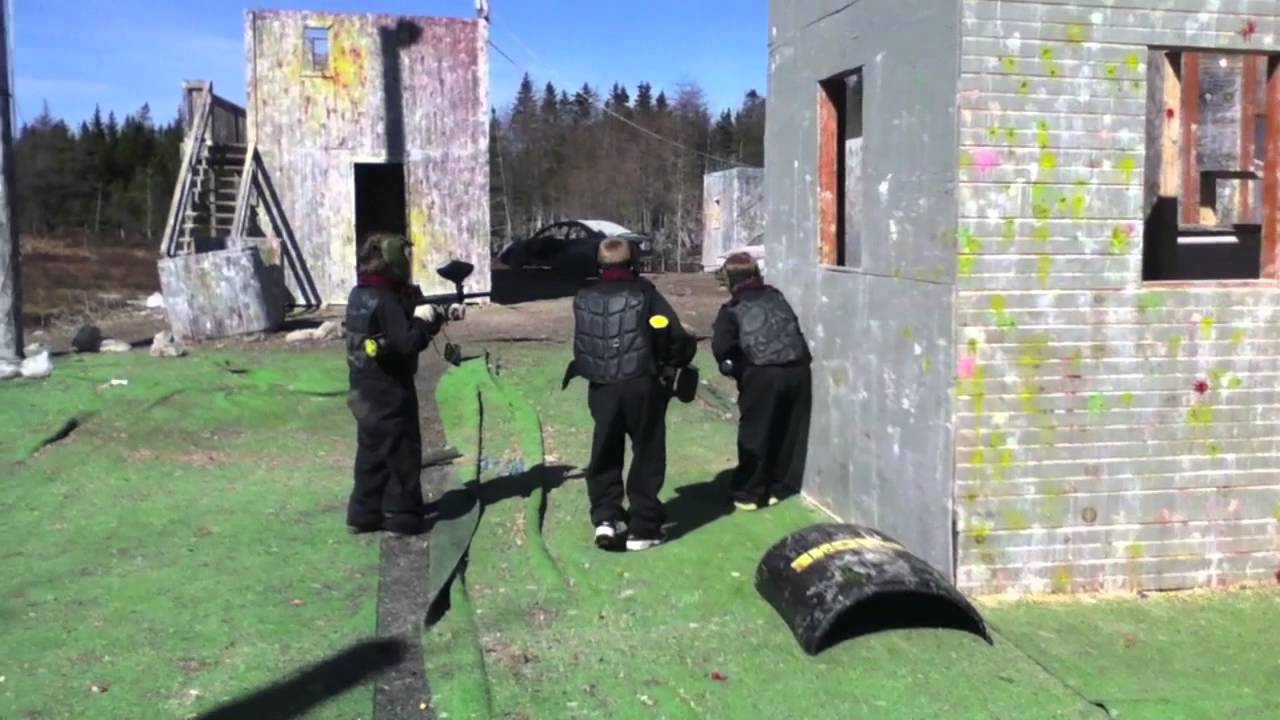 Our Paintball Kirkby site is equipped with the latest paintball gear and gadgets so you can get the most out of your paintball battles.This fantastic paintball site was in development since 2008 and its grand opening a couple of years ago proved it really was worth the wait. The site is surrounded by acres of lush pine trees that hide booby traps and enemy bases. Your team needs to move quickly but quietly to avoid being spotted by the opposition.
For large paintballing groups, our river crossing game zone is an intense battle over control of Formby river. Our jungle scenario tests players to fight through the tricky terrain and take out enemy snipers before they spot you.
From the giant temple overlooking the game zones, to the exhilarating battlefields themselves, everything has been designed to give each player an utterly thrilling experience. It doesn't matter whether you are a new player or an experienced gunslinger we are going to push you to your limits, as we give you the biggest, most intense thrill ride of your life.With eight thrilling game zones across our stunning battlefield, you'd better prepare yourself for total chaos. Our location in the Formby woods helps create a realistic battle atmosphere, making our games all the more thrilling- part of the thrill of our games is the surprise, so we don't want to spoil what you'll find on our war zone. What we can tell you is that lurking in the trees is a Predator-style creature, based on the monster from the classic action movie; are you a good enough paintball assassin to take it down

JUNGLE BATTLES
Our Paintball Kirkby site is filled with dense woodland and undergrowth that this zone is designed around.
Guide your team silently through the bushes to take the enemy base - but be wary as snipers could be hiding in the trees. The terrain is scattered with booby traps so keep your team alert.
This zone is designed to test patience and stealth, perfect for smaller groups.

MISSION CONTROL
Our mission control scenario is a race against time to stop your opponents launching a missile attack.
Organise your team to attack the enemy control centre from all angles. The centre will be heavily defended so this paintballing zone will need every player to stick to the tactics.
Corporate paintballing groups can use this zone for team building exercises. Stag and hen dos can nominate the bride or groom to be their hero to lead them over the enemy base.

RIVER CROSSING
Our Paintball Kirkby site uses the large river running through it for this exhilarating gaming scenario.
You must stop the enemy crossing the wild water to take your base. Defend the river with your whole team, making sure not to let one opponents touch your shores.
This zone needs every player to help the cause so even inexperienced paintballers can find themselves at the front of the paintballing action.

VILLAGE
You have been tasked to battle your way through the village to capture the opposition’s flag and return it to your base. This is a great paintball game at Paintball Liverpool to use tactics and of course smoke grenades to provide extra cover. Fast and furious with close quarter paintballing battles taking place throughout the woodland and intense combat fighting in amongst the huts. Use the cover well to protect yourself from incoming fire.

FORTRESS
Set in the Paintball Liverpool woodland is an abandoned fort. Your mission is to defend the fort whatever it takes, whilst your enemy launches their attacks on you and your soldiers. Teamwork and bravery are vital in this game zone. You will need to cover your team mates back as the firepower hots up and the smoke bombs fill the air! One of the best paintball game scenarios in Liverpool.

CONVOY
An escorted convoy of vehicles carrying essential goods is in threat of being ambushed by the enemy. The goods are vital for your team and you must hold the enemy back at all costs. They must not get to the Convoy or you will have failed in your mission. Keep your wits about you and watch out for paintball snipers lying in wait. One slip and you and team-mates will be in serious trouble!

WOODED VALLEY
Whilst out on recon your paintballing unit come across a deserted valley. Intel suggests that the enemy guerrilla unit are using the valley to transport arms up and down the jungle and that you must claim this region back. You will have to plan your attack wisely as they will have sniper observation points on high ground. Can you force them down to lower ground and over-throw the unit